As the global economy emerges from an unprecedented shutdown, policymakers and investors are operating in uncharted territory, the World Gold Council (WGC) says.

The council’s mid-year outlook report notes that interest rates are likely to remain a key driver for the yellow metal in the short to medium term.

However, the negative impact that higher rates could have will likely be offset by the longer-lasting effects and unintended consequences of expansionary monetary and fiscal policies created to support the global economy.

These may include inflation, currency debasement and higher exposure to risk-on assets in portfolios. 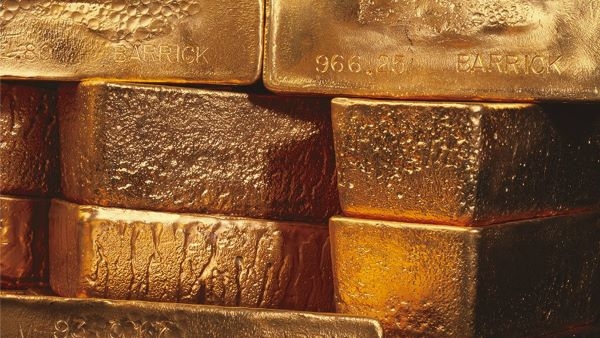 Combined with attractive entry levels, the WGC says this could prompt strategic investors to add gold to their allocation strategies and support central bank demand during the second half of this year.

Nevertheless, while consumers may also benefit from the economic recovery and recent price pullback, new variants of the Covid-19 virus may limit gold jewellery buying in key markets.

Taking this into account, the WGC says the first half of this year “proved to be a good example” of how gold’s diverse sources of demand and supply interact.

The gold price dropped by 6.6% in the first half of the year as gains during most of the second quarter were thwarted by a significant pullback in late June. Gold’s price also underperformed in most key currencies except for the yen and the lira, as these weakened against the dollar.

Overall, gold’s performance was driven primarily by higher interest rates – especially during the first quarter and then again in late June on the back of a more hawkish-than-expected statement by the US Federal Reserve.

The council says gold was also influenced by upbeat investor sentiment as the global economy started to recover from the impact of Covid-19. However, the WGC warns that there were also supporting factors for gold, as concerns about higher inflation offset part of the drag that interest rates brought.

Strong responses from governments to aid economic recovery through monetary and fiscal policies concerned some investors about currency risks and capital preservation. In addition, gold benefited from a recovery in consumer demand in the first quarter of the year, although second waves of infections and new lockdowns presented challenges in the second quarter.

Overall, the WGC says the risks for gold remain but notes that there are also opportunities.

The results suggest that there is still upside potential for gold’s implied hypothetical performance during the second half of the year based on the conditions under consideration.

However, the WGC warns that it is “unlikely to come without challenges” as the analysis indicates that gold’s performance will probably be heavily influenced by the movement of interest rates and the success of vaccination campaigns.

For example, a further rise in interest rates could continue to create headwinds for gold.

This is also consistent with gold’s historical behaviour in periods when monetary policy becomes tighter, often resulting in price pullbacks.

However, the WGC believes central banks will be cautious in terms of the speed at which they start to remove asset purchase programmes or increase interest rates. A hasty move could result in large market swings and potentially destabilise the economic recovery.

In addition, the ultra-low interest-rate environment that investors have experienced for a prolonged period is creating structural changes in asset allocation, and investors are adding more risk to their portfolios in search of returns which, in turn, has required them to revisit their risk management strategies, the council says.

“Our analysis suggests this will likely increase the need to hold assets such as gold for downside protection and diversification,” the council notes, though it adds that this applies not only to private individual and institutional investors.

Central banks have steadily increased their allocation to gold so far this year and the WGC’s research indicates this is likely to continue. The council believes that, collectively, they may deliver net purchases at the same rate or potentially higher than in 2020.

Inflation, meanwhile, has become a key concern for many investors, but while inflation has been on the rise, there are mixed views as to whether the increase in consumer prices will be temporary or more sustained.

Further, following the significant price pullback in late June, the gold options market showed interesting dynamics, the council says, noting that the so-called ‘put skew’ suggested that some of the selloff could have been softened by buyers.

The price selloff also pushed gold’s relative strength index down significantly, and while some investors could remain concerned about downside risks, these metrics signal that others could see it as an entry opportunity – whether as a tactical opportunity or as a means to build strategic positions.

Overall, the global economic recovery and the recent price pullback should continue to support gold consumer demand, the council suggests.

Inflows into North American and Asian funds were primarily offset by outflows from European funds and, overall, the positive flows came in spite of significant gold price weakness in the latter half of the month on the heels of a relatively hawkish Federal Reserve outlook, suggesting that investors may have taken advantage of the lower price level to gain long gold exposure.

US funds, as well as low-cost gold ETFs in Europe, were the primary source of inflows, while larger European funds (particularly in the UK and Germany) led outflows.

Notably, the WGC says, low-cost ETFs contributed $222-million, or 3.8 t, to the combined flows recorded in North America and Europe.

Asian-listed funds, meanwhile, reversed a recent trend to post inflows of 1.7% which was supported by positive flows in India and China, while fund flows in other regions fell by 0.8%.

Gold daily trading averages fell during June to $163-billion compared to $176-billion in May, led by lower Comex volumes. Trading volume during the month remained in line with the year-to-date average of $165-billion daily, but below the 2020 average of $183-billion.

Net long positioning, via the recent Commitment of Traders (COT) report for Comex gold futures, fell to 522 t (about $29-billion), near the end-of-April levels and in line with its historical weekly average net long positioning of around 500 t ($31-billion).

Overall, the WGC’s 2021 review and mid-year outlook so far shows that gold prices have declined more than 6% during the first half of the year.

Taking the short-term price performance model into account, much of this weakness so far is owing to a combination of higher interest rates (especially during the first quarter), concerns over rising inflation expectations and inflation surprises and price momentum and positioning.

Global gold ETFs lost nearly $7-billion in the first half of this year, as inflows in the second quarter could not overcome steep outflows in the first quarter when gold prices fell by 10%.

First-quarter outflows primarily came from North America, led by large funds in the US, while strong inflows from Asia at the same time could not sufficiently offset these losses.

Inflows to North American and European funds drove much of the recovery in the second quarter as gold prices rebounded, the WGC says.

In addition, the global economic recovery is expected to support consumer demand, but the spread of new Covid-19 variants may create weakness in key markets such as India.